Poznań, the 5th biggest city in Poland and the capital of the Greater Poland (wielkpolskie) province, can boast over a thousand years of recorded history. The city and its surroundings are rightfully called “the cradle of Poland” as it is here that the first Polish monarchs built the foundations of the early Polish state. These very beginnings will be the starting point of this tour. We will explore the Cathedral Island (Ostrów Tumski) where the first Polish bishopric was established in the year 968 as well as the Cathedral itself. Its recently excavated vaults display the remnants of the 10th C. temple as well as the royal grave belonging to Bolesław Chrobry – the first king of Poland crowned in 1025.

Having explored the island, we will then move west to the colourful and vibrant Old Market Square boasting a true gem of Renaissance architecture – the 16th C. Town Hall. Its bold design illustrates the economic and cultural prosperity enjoyed throughout the Polish-Lithuanian Commonwealth at that time. The colourful houses surrounding the square, although mostly destroyed and rebuilt after WWII, create a unique atmosphere of a vibrant merchant city. Apart from the Town Hall, we will explore all four corners of the square and beyond, including the 18th C. guardhouse built be the last king of Poland, the 16th C. weighhouse, the stunningly ornamental Jesuit church and the former collage buildings as well as the recently reconstructed royal castle perched on a hill overlooking the square.

The culmination of the tour will be a spectacle drawing hundreds of tourists each day. Two mechanical goats will appear on the Town Hall tower as a commemoration of an amusing incident from 450 years ago. It is no exaggeration to say that this spectacle is the top tourist attraction in the whole city. 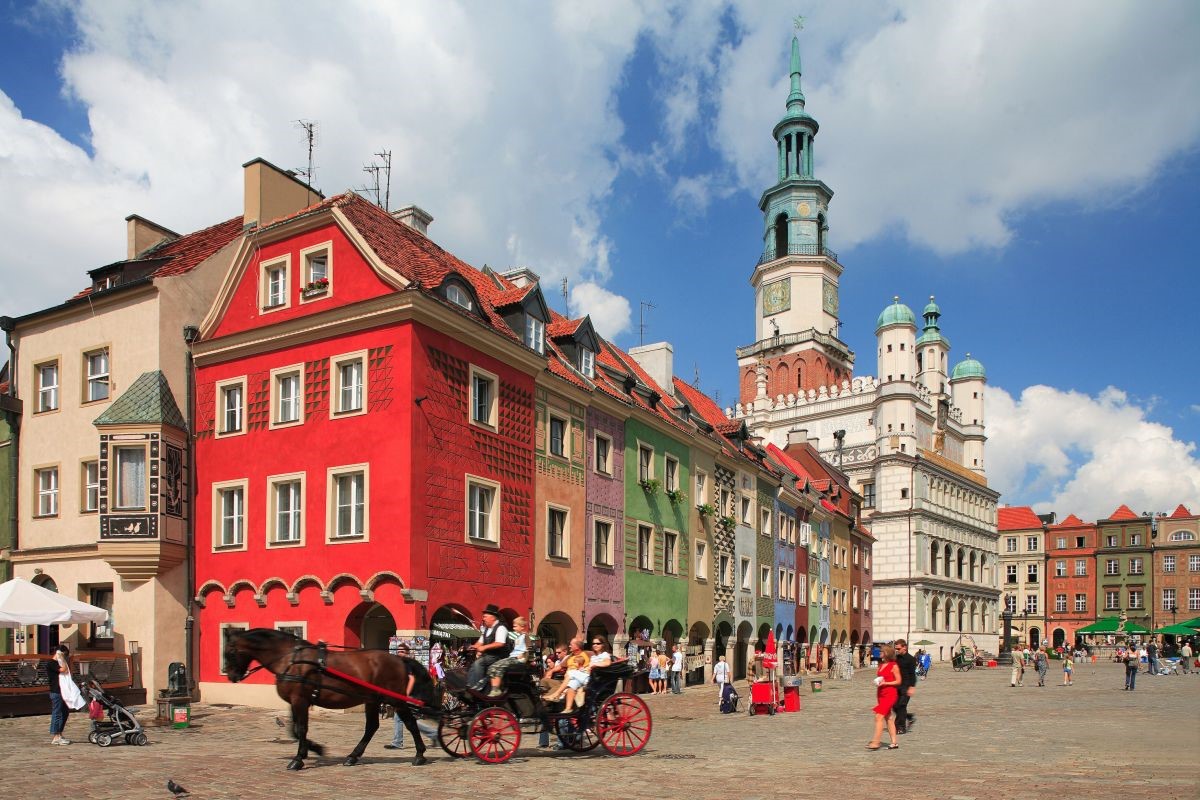 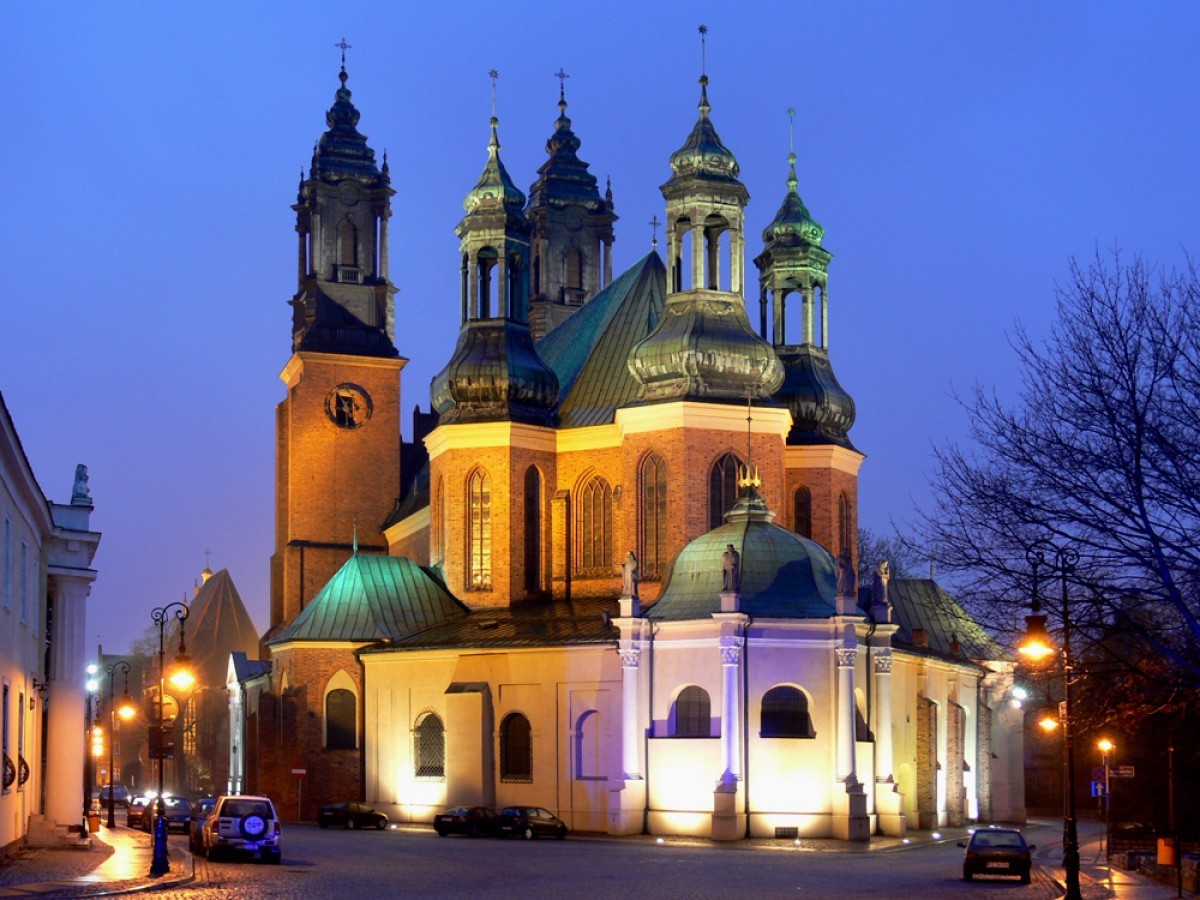 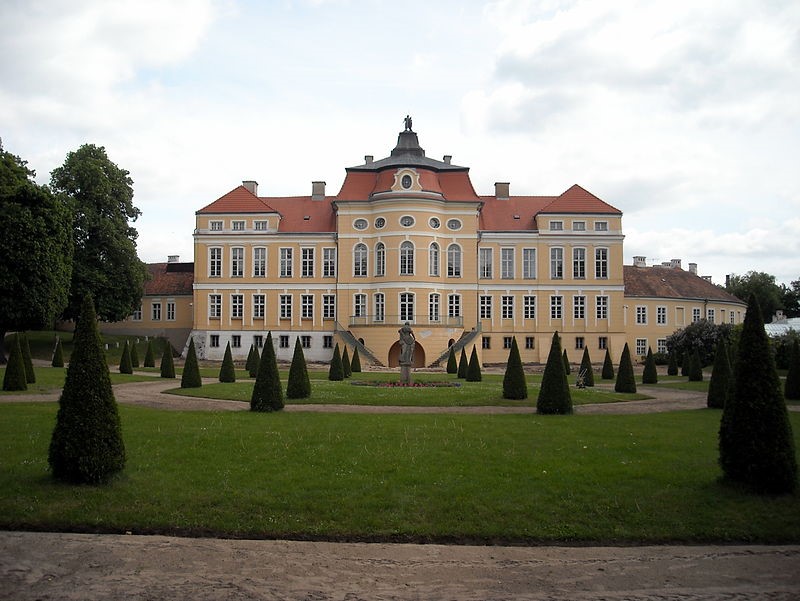 Rogalin Place is the biggest noble residence in the region. Built by the noble family of Raczyński in the 1780’s, it used to be the hub of cultural, political and economic life of the province. Thanks to its recent interior restoration it now faithfully illustrates the family’s life of starting from the late 18th century to the outbreak of WWII.

The excursion will include an audioguided tour around the residential part of the palace. You are going to see richly furnished rooms with work-of-art chandeliers, cutlery, paintings and various other examples of applied arts. The library room, with its wooden hand-carved bookcases covering all 4 walls from the floor to the ceiling is considered the greatest highlight of the palace. Numerous family mementos will tell the story of Raczyńskis, their economic endeavours and political dilemmas facing them in the troubled 18th and 19th centuries. 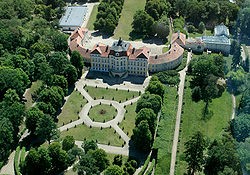 We will also pay a visit to the painting gallery composed by Edward Aleksander Raczyński, an ardent art lover and merchant. It displays a collection of over 300 paintings, including the works of the most acclaimed Polish painters like Matejko, Malczewski and Kossak. Foreign painters on the display include post- and neoimpressionists like A. Besnard and L. Barrau as well as symbolists: M. Chabas or F. Thaulov. The jewel of the crown is Joan of Arc – the biggest of Matejko’s painting nearly 10 metres wide and 5 metres high.

The adjacent rococo garden offers an intriguing stroll among maze-like hedgerows and smartly placed statues of ancient goddesses. Further away, the landscape park is home to age-old oaks including the famous 3 giants Lech, Czech and Rus which is dated 700-800 years-old. This garden and the park will be finishing sight of the tour.

Departure from Rogalin at around 3pm, arrival in Poznań before 4pm.


Due to the low interest, the organizers decided to cancel the trip to Krakow.
However, we encourage the participants to go to Krakow and visit it on their own.